It has been a crazy couple of days around the house – but I am back! I did a lot of cooking over the last couple of days, which was great. I have also been doing a lot of reading – even better! After this post I am devoting myself to the Book Thief so I can finish it before my e-book check out expires from the Library! I used to think that reading on a deadline was not my thing, but now I am almost appreciating the urgency I have to finish the book before it is due!

On Thursday I made banana bread (Mark Bittman recipe from How to Cook Everything) and it was really good. It is a very dense but moist bread, thanks to the bananas. The recipe calls for a stick of butter, which I think is a lot – so next time I think I’m going to experiment to see if there are any other options. (i.e. half a stick of butter and some apple sauce??? If you have suggestions, please let me know!)

But the banana bread was a hit and it made for a great breakfast the last few days: 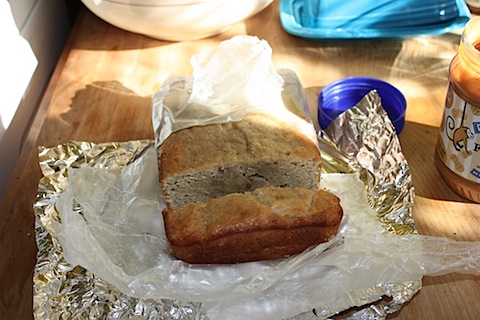 Along some peanut butter and TJ’s pumpkin butter – you can’t beat this combo! 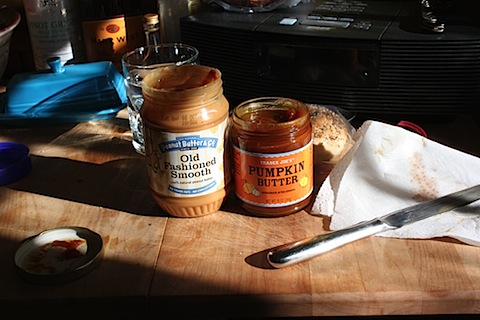 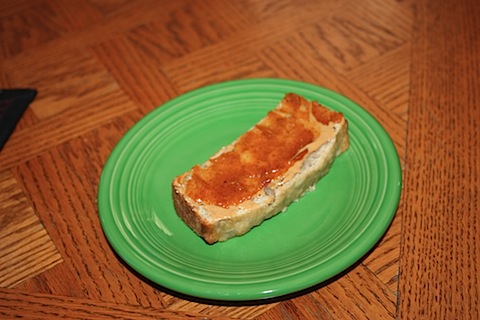 I have not had a slice today, and I might just have to run into the kitchen to get a small helping! 🙂 There is nothing like a slice of toasted banana bread on a fall day. I just love it!

On Thursday I also made a recipe out of Barefoot Contessa’s Barefoot In Paris cookbook. I adore this group of recipes and this time I decided to make Chicken with 40 cloves of garlic. Since I was making about half of the recipe, I only roasted about 15 cloves of garlic – I was not sure if they would be a hit or not. They were. Ina does not lie, after cooking and roasting the garlic for so long they seriously do take on a sweet flavor. I never would have guessed!

I bought some chicken on the bone from Whole Foods, three drumsticks and a chicken breast: 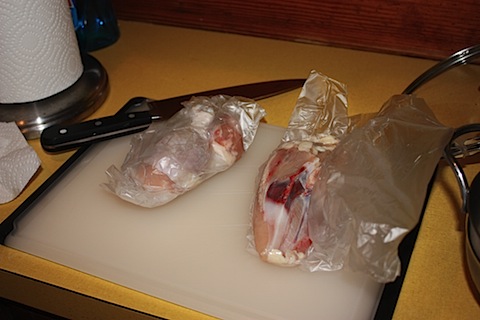 I cooked them in the ‘fat’ (olive oil and butter), this step was more dangerous than I was prepared for! I definitely was splattered a few times, but I got over it somehow 🙂 The drumsticks were so pretty when they were done: 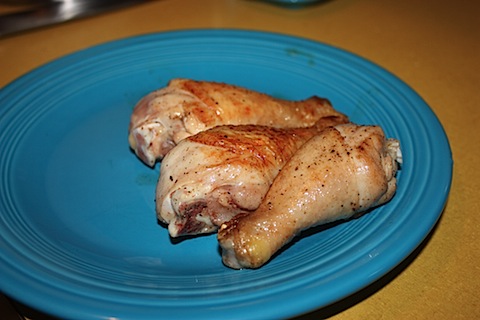 After I cooked all four pieces of the chicken, I threw in the garlic: 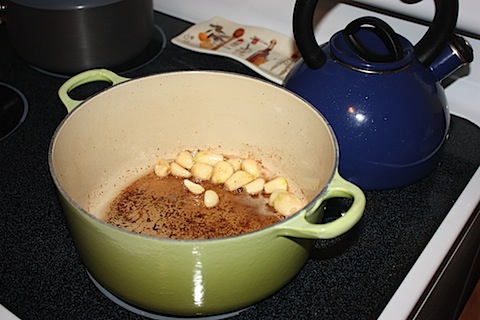 The garlic browned beautifully. Soon after the cloves were done cooking, I added white wine and cognac and then added thyme and the chicken. The whole pot cooked at a simmer for 30 minutes or so. Then I made a gravy, and the end result was this: 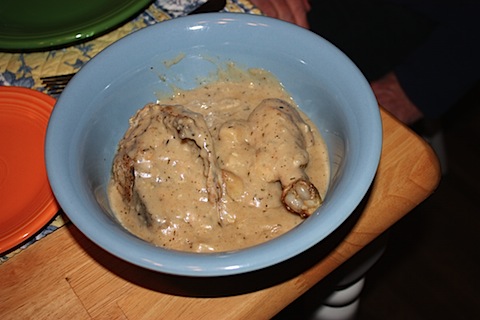 I served the chicken with french bread and a salad that my mom made. It was such a great dinner! 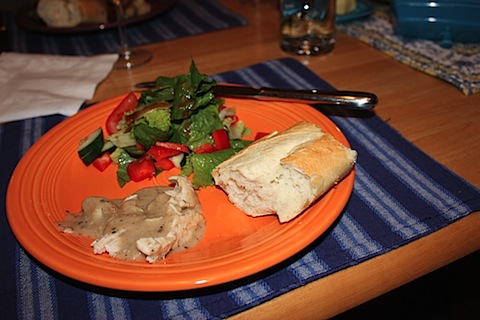 I highly recommend trying this recipe, it received rave reviews in our house on Thursday evening! You can find the recipe in Barefoot in Paris, or here on the Food Network. Happy cooking!!